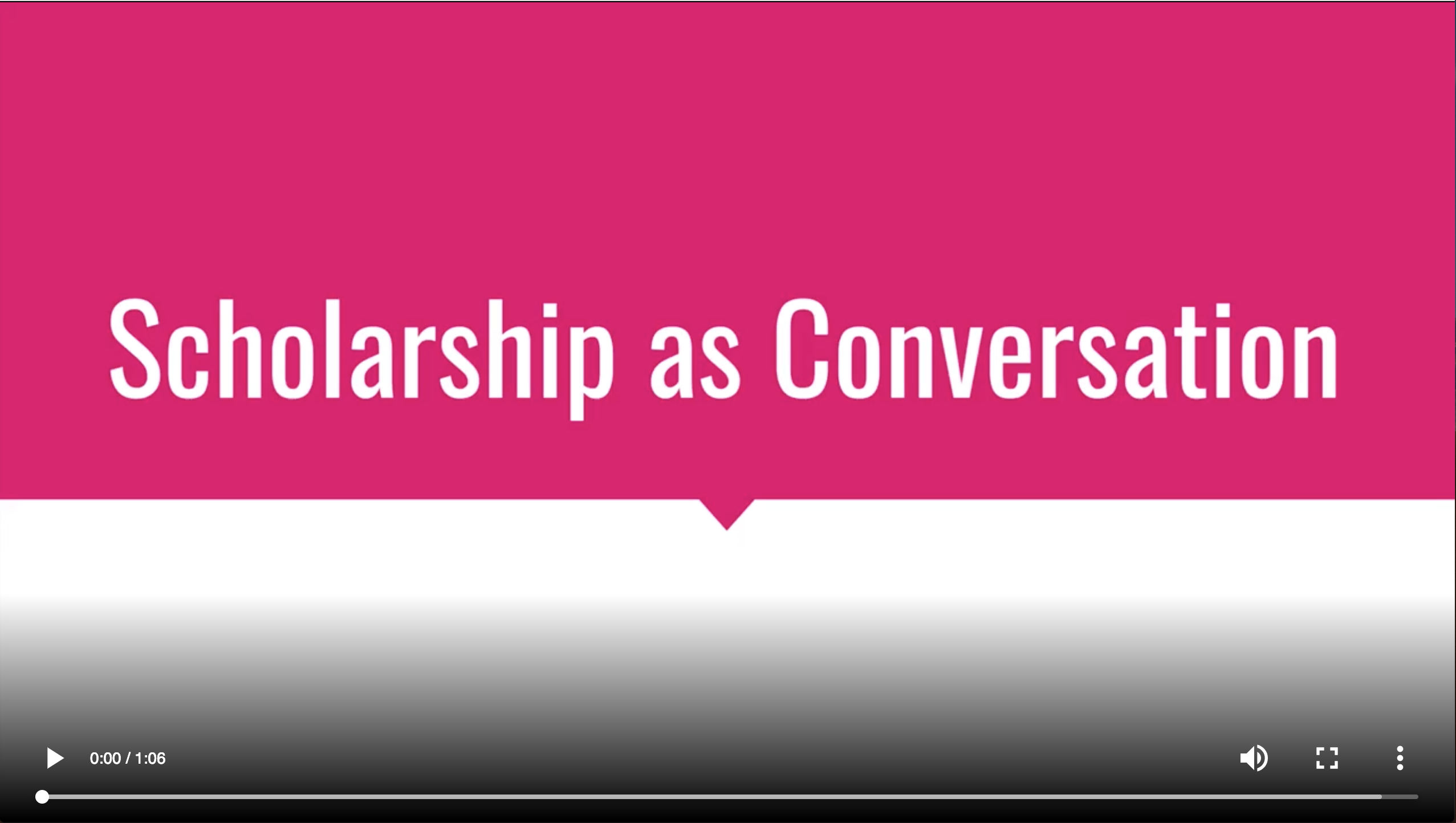 Communities of scholars, researchers, or professionals engage in sustained discourse with new insights and discoveries occurring over time as a result of varied perspectives and interpretations.

Research in scholarly and professional fields is a discursive practice in which ideas are formulated, debated, and weighed against one another over extended periods of time. Instead of seeking discrete answers to complex problems, experts understand that a given issue may be characterized by several competing perspectives as part of an ongoing conversation in which information users and creators come together and negotiate meaning. Experts understand that, while some topics have established answers through this process, a query may not have a single uncontested answer. Experts are therefore inclined to seek out many perspectives, not merely the ones with which they are familiar. These perspectives might be in their own discipline or profession or may be in other fields. While novice learners and experts at all levels can take part in the conversation, established power and authority structures may influence their ability to participate and can privilege certain voices and information. Developing familiarity with the sources of evidence, methods, and modes of discourse in the field assists novice learners to enter the conversation. New forms of scholarly and research conversations provide more avenues in which a wide variety of individuals may have a voice in the conversation. Providing attribution to relevant previous research is also an obligation of participation in the conversation. It enables the conversation to move forward and strengthens one’s voice in the conversation.

Learners who are developing their information literate abilities

Learners who are developing their information literate abilities